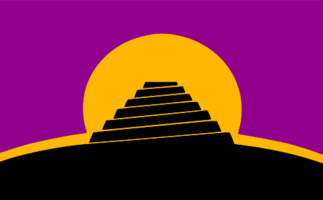 The conlang flag consists of a rising sun behind a ziggurat or terraced tower. The purple represents creativity, and the tower alludes to the Tower of Babel and to the never-ending building process involved in conlanging.

The flag was voted on by the members of the CONLANG mailing list in September 2004. A rapid series of designs were created by many people, many iterating on earlier versions: the design includes the suggestions of many.

The final design was drawn by Christian Thalmann.

This article is a stub. If you can contribute to its content, feel free to do so. 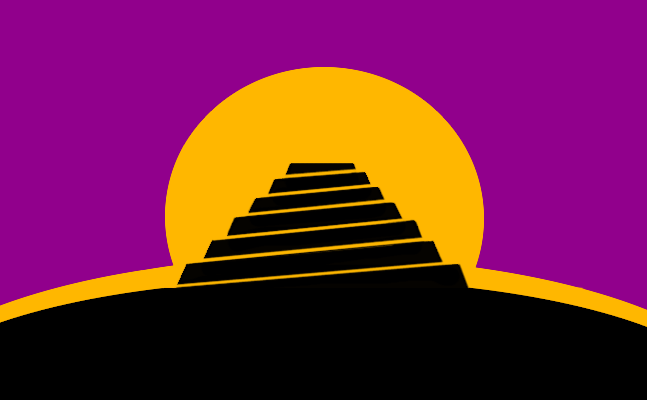 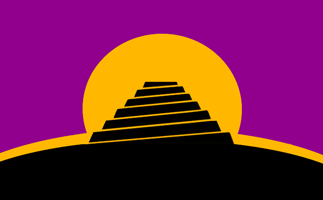