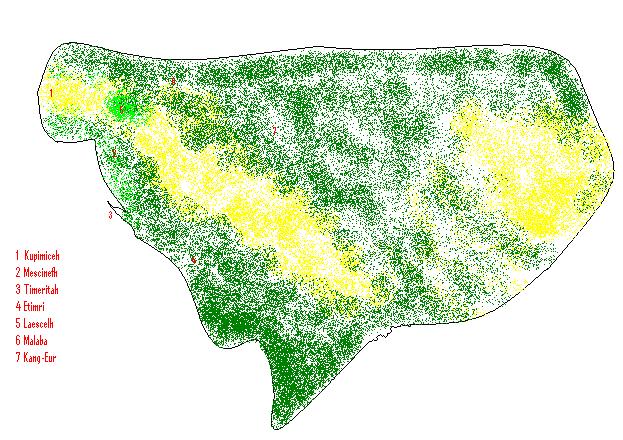 NOTE: the map is labeled in an archaic variant of Faraneit romanization.

The other lingua franca, Etimri is confined to Teimeareitah and sections of the Measceineafh. Recently, however, it has connected with groups outside of Lheinead, on the continent of Djets (deas in Faranit). The plains also house a potential lingua franca, Sezara, which is increasingly used as a trade language in the east central region of Lheinead.

As visible in the above map, the primary path of the monsoon curves southeast from the equatorial regions on the northern coast. Much of the east coast and the interior are very dry and experience harshly cold winters. The western coast has much more mild and wetter winters from the westerlies coming across the sea. Lescealh is one of the most advantageous regions in the continent from its mild and wet winters mirroring the west but warm and adequetely moist summers like those in the eastern interior.