Krisauka or Krisauká is an alternative writing system to English, using most letters of the standard English alphabet and a couple of special characters. It uses a phonetic system of writing English, which may be useful to those who are learning English as a non native language. It is a sister orthography of Tower Orthography.

The origin of Krisauka dates back to early 2007, when its creator Dolmar, started to develop an orthography which would be used as an alternative to English spelling. It is heavily influenced by a fellow conlinguist whose forum name is Chris and a random phonetic of alchemy relating to gold, hence Krisauka, meaning Chris' golden descendant.[at Omniglot]

Despite being an alternative to English, it is more foreign looking than it deems. It is currently undergoing some renovation.

Krisauka uses most English letters with a few additional characters. The following is a table of the Krisaukan alphabet. 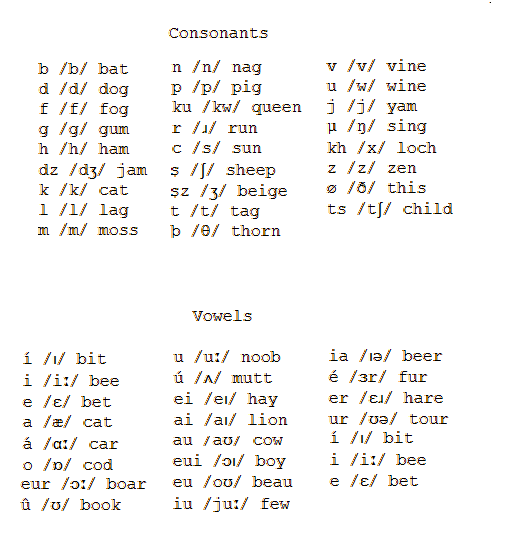 The following is an example taken from an extract from [[1]]'s website.

In last week's Image of the Future newspost, we revealed our secret plan for RuneScape: a complete graphical rework. We were sneaky and held back a little information, however: namely, when you can expect these updates.

Drum-roll, please... You will have access to all of these updates within a couple of months! There really isn't much time to wait. If you can't wait for more details on the update, a new Development Diary is coming later this month.