Aquarian (an sheeb weskoyrish, pronounced [æn ʃib wɛs'kɔjrɪʃ] in Aquarian) is an ongoing and developing artlang project first created by Owen Fish in early 2012. After various proto-forms, Aquarian is starting to develop into a usable language for conworld and conculture use. The premise of Aquarian is that it is the main language spoken in the Kingdom of Aquaria (Weskoyrick [wɛsk'ɔjrɪk]) an as-yet undiscovered country.

Aquarian is written using the unmodified Latin (English) alphabet without diacritics or variations. This was done to facilitate the language's use for online typing, Twitter, instant messaging and compatibility within all English-language system fonts.

Aquarian is designed to be spoken as if it were English; in other words, you would read Aquarian as you would standard English.

The vocabulary and grammar of Aquarian is heavily influenced by the Celtic languages (Cornish, Welsh, Manx, Gaelic) but also by regional English dialects and slang, Yucatan Mayan, Turkish, Japanese and probably a dozen other languages. Being an artlang foremost, a degree of aesthetics and a sing-song cadence to the language was more important than the evidence of development through parent languages etc.

This is still very much in flux and so I will not be publishing too many details of this until I am happy that the language has matured enough to standardize grammar and syntax. Needless to say, any of the examples I post on this wiki are subject to changes and retconning until things are standardized, stabilized and consistent.

Article 1. - All human beings are born free and equal in dignity and rights.They are endowed with reason and conscience and should act towards one another in a spirit of brotherhood. 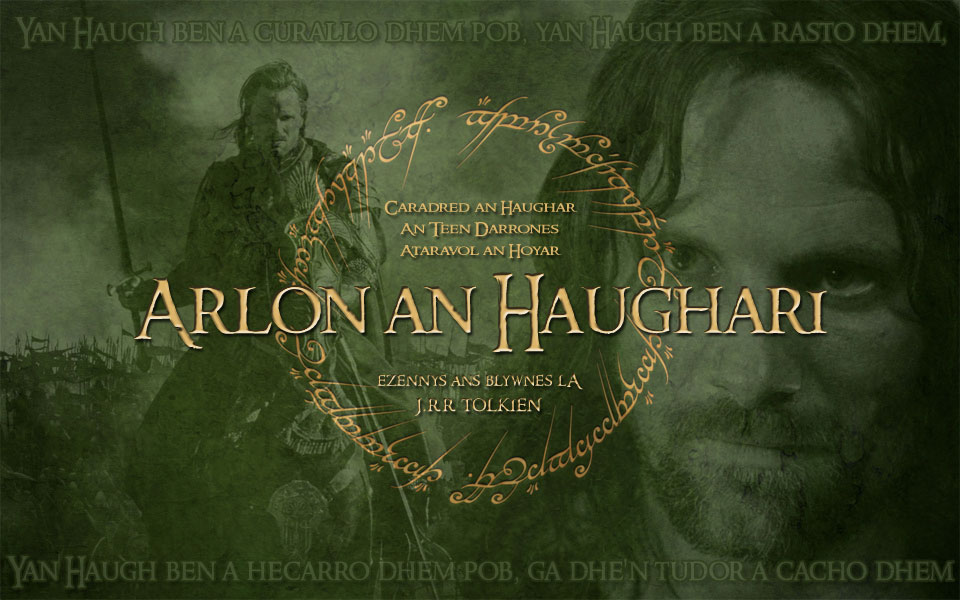 The North Wind and the Sun

Lena's first visit to The Kingdom of Aquaria is a series of everyday dialogs Lena has with various people she meets on her travels through the land.

Lena: "Good morning! Can you help me?"
Clerk: “Certainly! How can I help you?"
Lena: "I need to buy some bread-rolls. Do you have any?"
Clerk: "Yes, we have fresh bread today. How many rolls would you like?"
Lena: "Give me eight, please. That should be enough."
Clerk: "We also have cakes from England today. Would you like to try one?"
Lena: "Oh, no thank you! But I would like some milk please!"
Clerk: "Of course. That comes to seven dollars."
Lena: "Here you go..." (she gives ten dollars to the clerk)
Clerk: "From ten dollars... here is three dollars in change!"
Lena: "Thank you! Goodbye!"
Clerk: "Please come again!"