Adam-man is an international auxiliary language that was designed & promoted by Albert Webster Edgerly, under the pseudonym Edmund Shaftesbury some time during the late 19th century. His work was published in 1903 under the title The Adam-man Tongue, the Universal Language of the Human Race.

Edgerly was a well educated man and he presented his ideas and his work very nicely, but he was no language inventor. In the 600+ pages of his book, which contains his plan for universal adoption of Adam-man as a universal interlanguage, a rambling treatise on the phonology of English, grammar lessons, practical exercises, short and long lexicons, written text samples (in print as well as cursive), he as much as says Adam-man is just simplified English with a horrific alphabet to write it with.

The basics: all verbs and nouns are reduced to "regular" forms. There are no strong verbs or strong nouns. Verbal morphology is reduced to two forms, ROOT and ROOT + -ed. Nouns all take -ez or -s in the plural. Adam-man is a little more innovative in the pronoun department, where the 2nd person is re-divided into proper singular and plural:

Numerals are also innovative as compared to English:

An example of Adam-man from the book: 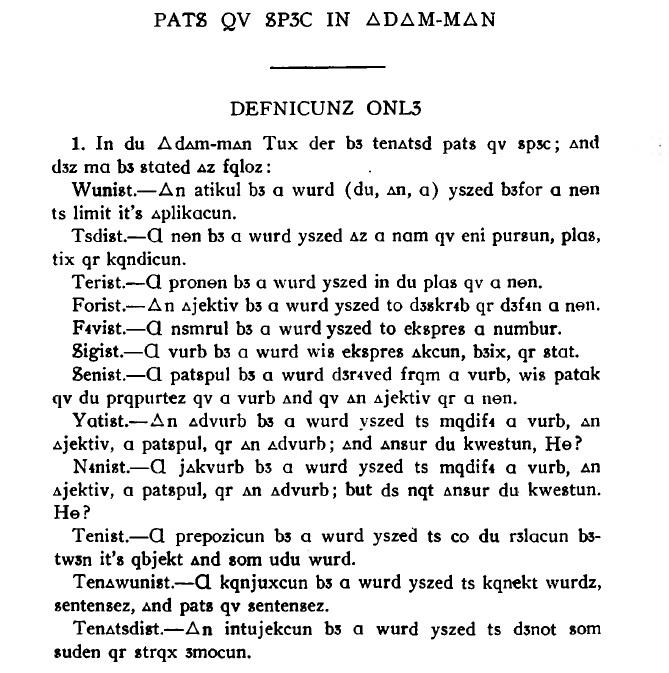