Roguel is a heavily agglutinative conlang spoken in the western isles of Austronesia, a large archipelago (comparable to ATL's Indonesia), on the planet of Minerva (an earth-like planet). It is an umbrella term for several languages, including Littoral Roguel and Plains Roguel. The standard form, based on Central Roguel, the dialect of the capital Goretiko, is an official language of the Republic of Roguelia (alongside a form of Low German), with about 2.5 million first language speakers and over 6 million second language speakers.

Its writing system (currently under construction) is a syllabary devised by Atesina Estova, the Chief of Nupovo in 1563, roughly modelled after the Smofian alphabet. 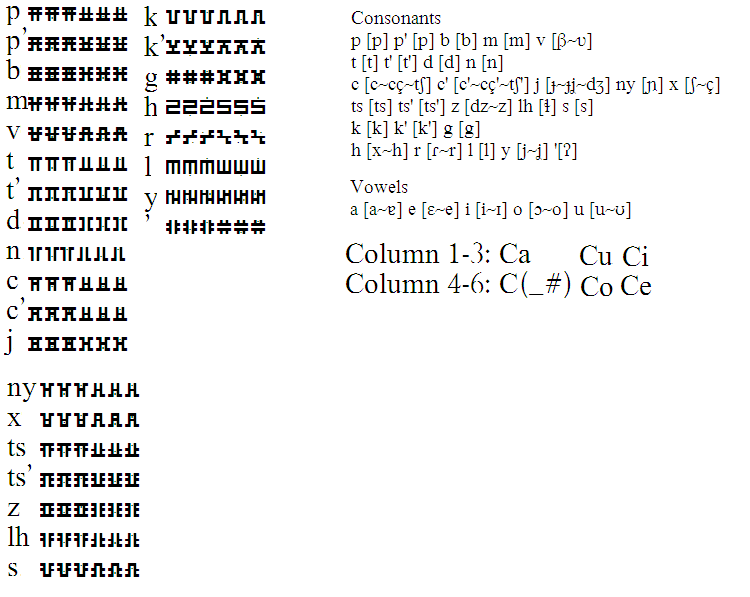 This page is under construction. For the (incomplete) Chinese version of its grammar, please see [1].