From FrathWiki
Jump to: navigation, search
These languages should not be confused with the group of conlangs called lostlangs.

This Lost Conlangs page is dedicated to conlangs which have passed out of available memory. These are conlangs from which no words or grammatical mentions can be found on the web any longer. What little is known about them is presented here in homage, and in the hopes that someone who knows something more about these languages will one day stop by and tell us more about them. 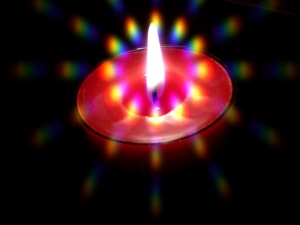 A lit candle is a form of traditional remembrance in many cultures.

This page is part of the Conlang Rescue Project.

Acian was created in 2002 by a person named Ace. Acian had a LangMaker page. It had its own unique script (according to LangMaker), but no trace of it survives in the Web.

Aeks Nótrï Nódikem was a fictional language created by Niki Eve White before or after 2001. The language was influenced by "Ninyan", German, Latin and Sindarin. The language apparently used at least five different scripts (at least one of which was unique to it), but no trace of any of these survive on the web. The Babel Text was translated into this language at one point, however it too has been lost. Nothing else of this language remains. There was a geocities page about it, however this did not make it into the Internet Archive.

Alevain was created by S.M. Willoughby. It had an alphabet, some vocabulary, and a bit of grammar. It had a LangMaker page, but no other information on it is available.

'Allinémua once had a LangMaker page, but nothing else is known about it. The LangMaker page did not make it into the Internet Archive.

Alrusomanz was an artlang which was begun by Elliot Jackson in 2005. It had a LangMaker page, but the one link on its page did not successfully make it into the Internet Archive. Nothing else about this language is known.

Anas was a conlang created by Christopher Husch beginning in 2002. No texts have been found in it, and what little information was available (that it was agglutinating, that it had many words in its lexicon) was not enough to provide even a single example sentence.

Anderbelixe was a fictional language which was created in 2007 by Anderson Cunha. The language was worked on from July 14, 2007 to August 15, 2007, and then abandoned. Cunha intended it to be a language for a nation on his conworld, Anderbel, however due to unknown reasons work on it ceased after just a month. No words or grammatical mentions survive of this language, save for a comment on the LangMaker page which said that

"Anderbelixe is independent foneticaly(sp), but it uses English's verbal simplicity and of the Auxlangs, besides grammatical resources of the Portuguese. This language was born of the need of Anderbel to have a developed better language, as the Shaelic, for the conworld of Eshraval."

Anglo-Romance was an a posteriori conlang created by Mattia Suardi in 2004. The language used a mostly-English grammar, but substituted "simplified" Romance-language words. Only three words survive: cheval, vert, and mort. The language at one point had a home page on the web, but the only version of this which survived to make it into the internet archive is one without content.

Angtoguan was a fictional diachronic language of the Aurokian family, which was created in 2005 by Chris Johnston. It was closely related to the language Gnorbaran, due to a past fictional encounter between speakers of the two languages.

Unfortunately, the page for Antoguan did not make it into the internet archive.

Ania El was created prior to 2005 by Alia. It was a "stealth lang" with an approximated five thousand words of vocabulary. The language counted as influences Quenya, Italian, and Atlantian. Nothing else is known about this language.

Anklis was created by Martin Ferretti in 2003. It was influenced by Indo-European, English, German, Japanese, and Arenderon. The language was apparently used to translate the Babel text at one point, however this has been lost. There was also at one point a homepage for this language, but this did not make it into the internet archive.

Antique Lantian was an a priori personal language which was created by Bucchianeri Marco. The language was apparently written with a unique script, however any trace of this has disappeared from the Net.

An'tur was a personal language which was created by Sander Dieleman in 2003. It was at one point apparently used to translate the Babel text and had a unique script, however, none of this material survives.

Archaean was created by Edward Heil before 1999. It was a fictional language associated with an unnamed conworld, and created for use with a roleplaying game which the language's author had also created. A related language (perhaps the same language under a different name) was Talislanta. Other than the name of the language, little else is known.

Ar-na-Kamyt was a "jargon" created by Edward Field prior to or during 2007. Other than the fact that it was influenced by Akkadian, Sumerian and Semitic, nothing else is known. Not a single word survives.

Arnysian was an international auxiliary language created by Arnur during 2007. It had some influences from Verdurian, but the author strove to keep it a unique language. Thus it is an a priori language. The language's home page was not archived, and no other information is available about it on the web except what little was on the LangMaker page.

Aronian was an artlang created by Dillion Shaw. It was begun in 2002. The language was influenced by Turkish and Hungarian, Finnish and a bit of French.

Asht was a logical language created by "SPH" during 2004. It was written with a unique script. The language was influenced by English and Latin, but other than that nothing is known. Its website vanished during the fall of Geocities.

Ašnaî was a polysynthetic fictional language created by Maknas in 2003. It used a unique syllabary, but no trace of its grammar or script remains in the web. Its listed home page didn't make it into the internet archive.

Assi was a conlang created by Patrick Pfeaster during or before 2007. Other than this, unfortunately, nothing else is known. A robots.txt exclusion prevented the language's home page from being entered into the internet archive.

According to LangMaker, "Atlantish was invented by Ivan Aleksandrovich as a fictional language. It [was] written with a unique script." It was created in 2006. The language was hosted on freewebs and seems to have unfortunately since disappeared.

Atlo-Greek was intended to be an auxlang. It was created by Edward Hatfield in 2004, and hosted on a server which did not allow archive images to be taken. How many words it had and how well-developed it was is unknown.

Aubhárith was a fictional diachronic conlang created by Anselm Huppenbauer in 2005. Its vocabulary was derived from Arêndron's vocabulary (which, notably, is a language by a different author), but it also had some influences from Archeía. The page on which it was hosted was excluded from the Internet Archive.

Auxilingua was an international auxiliary language created in 1979 by Jay Bowks. The language drew inspiration from Interlingua, Latino sine Flexione, Occidental, and Idiom Neutral. It had a LangMaker page, but this is all that is known of it. None of it seems to remain on the web, though a thread mentioning it does.

For the LangMaker pages associated with each of the languages mentioned here, please check the heading where that language is mentioned. Thank you.